COVID Hit the Construction Industry Hard, But a Recovery Seems to be Underway 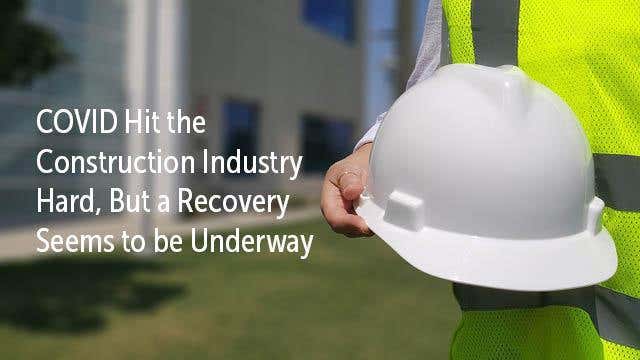 COVID Hit the Construction Industry Hard, But a Recovery Seems to be Underway

When the construction industry booms, it’s good news for security dealers, as those new or renovated spaces are likely to need systems. Unfortunately, construction plans took a big hit from the COVID-19 pandemic, but a recovery seems to be underway, as research from the Associated General Contractors of America (AGC) illustrates.

According to an AGC analysis of federal employment data released in late October, only 14 states and the District of Columbia had added construction jobs since February 2020, just before the pandemic was declared a national emergency.

It’s important to note, though, that the aggregate construction job data tells only part of the story.

What construction trends should we expect moving forward?

On the one hand, AGC cautions that widespread supply chain delays could slow the pace of construction recovery. On the other hand, the infrastructure bill that was signed into law in November contains billions of dollars that could be used, at least in part, for construction.

According to AGC, the construction industry has more than 733,000 employers and over 7 million employees. The industry typically creates nearly $1.4 trillion worth of structures each year, AGC said.